A businesswoman behind a social media craze has teamed up with Beverley’s Flemingate centre to hold a fundraising event for a three-year-old girl from Beverley with a life-limiting condition.

“Beverley Rocks” is the new trend sweeping East Yorkshire which involves children and adults decorating rocks and stones before hiding them in secret places for others to find, photograph and share on social media.

The Beverley Rocks Party at Flemingate from 10am-2pm on Wednesday, August 23, will raise funds for the “Days for Darcee” campaign for Darcee Cawthorne who has Infantile Batten’s disease. The rare condition affects around 30 to 60 children in the UK and means Darcee will only live until she is 6 to 12 years old.

Darcee suffers hundreds of different seizures a day and cannot eat, drink, stand or sit without help. Proceeds from the fundraising event will contribute towards the Days for Darcee target to raise up to £12,000 to make every day of Darcee’s limited life as comfortable and enjoyable as possible.

The appeal will enable Darcee’s family to buy custom-made specialist equipment, such as a wheelchair which will provide support and carry all her equipment, which includes feed and feeding pumps, monitors, suction machines and oxygen. As the condition will also affect her sight, Darcee would also benefit from sensory equipment.

Darcee and her mum, Jazz-Roxanne, brother Reuben and stepdad Adam Chan live near Flemingate and are regular visitors to the centre.

The planned event has already generated a great deal of local support with the Beverley branch of home improvement superstore Wickes donating the stones to be decorated and Flemingate’s The Entertainer toy store donating paint and craft supplies.

Beverley Rocks was started by businesswoman Sally McIntosh, from Walkington, who picked it up when she visited family in Florida earlier this year.

Already a craze in the United States, Sally brought the idea back to East Yorkshire and set up a Beverley Rocks Facebook group which has rocketed to almost 14,500 members in just a month.

To capitalise on the support, Sally was keen to hold a Beverley Rocks party for local families and to make it a charity fundraiser. She contacted Flemingate as a potential venue and the centre was happy to host the event, while Events Organiser Jo Bridgeman suggested making it in aid of the Days for Darcee appeal. Jo had heard about the appeal from Liam Barfield, Manager of The Entertainer at Flemingate, as the family are frequent visitors to the popular toy store.

Sally said she hopes 200 or more children and adults will take part in the Beverley Rocks Party. Each person will contribute £2 to the fund to participate, with further donations welcomed.

She said: “I started Beverley Rocks a month ago after seeing the idea in the States. I thought it was such a great idea I wanted to bring it back here.

“I started painting rocks and so many people became involved incredibly quickly that I thought we needed a place to hold a Beverley Rocks Party. I contacted Flemingate, they were really receptive to the idea and it’s just gone from there.

“Jo from Flemingate mentioned Darcee and I thought it would be a brilliant thing to raise money for a local family.”

Darcee’s mum, Jazz-Roxanne, said: “It’s amazing to see the community coming together in this way and it’s lovely to have all this support.

“We live near Flemingate and come to the centre all the time, so it’s nice to have the event there. It’s also perfect because it’s easy to get to, there’s a great public space and a nice play area. We’re really pleased Flemingate is supporting us in this way.”

Graham Tait, Flemingate Centre Manager, said: “Beverley Rocks has become an absolute sensation in the area, with so many people getting involved, and it’s great that it can now help make life more comfortable for Darcee and her family.

“We’re very happy to host the Beverley Rocks Party and provide organisational support and publicity. We’re urging people to come down and join the party, so as much money as possible can be raised for the Days for Darcee appeal.”

Activities on the day will include rock painting, rock swapping, rock mapping and rock painting demonstrations from local artists. There is also a raffle with prizes to be won.

People who want to join the party are encouraged to just come along on the day and also connect with the campaign via Beverley Rocks on Facebook. 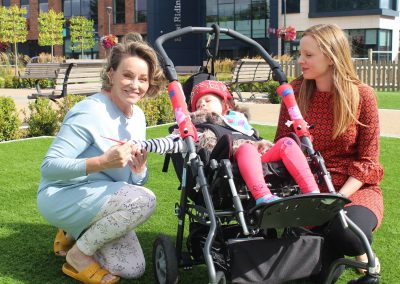 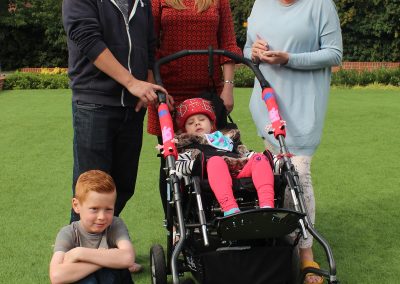