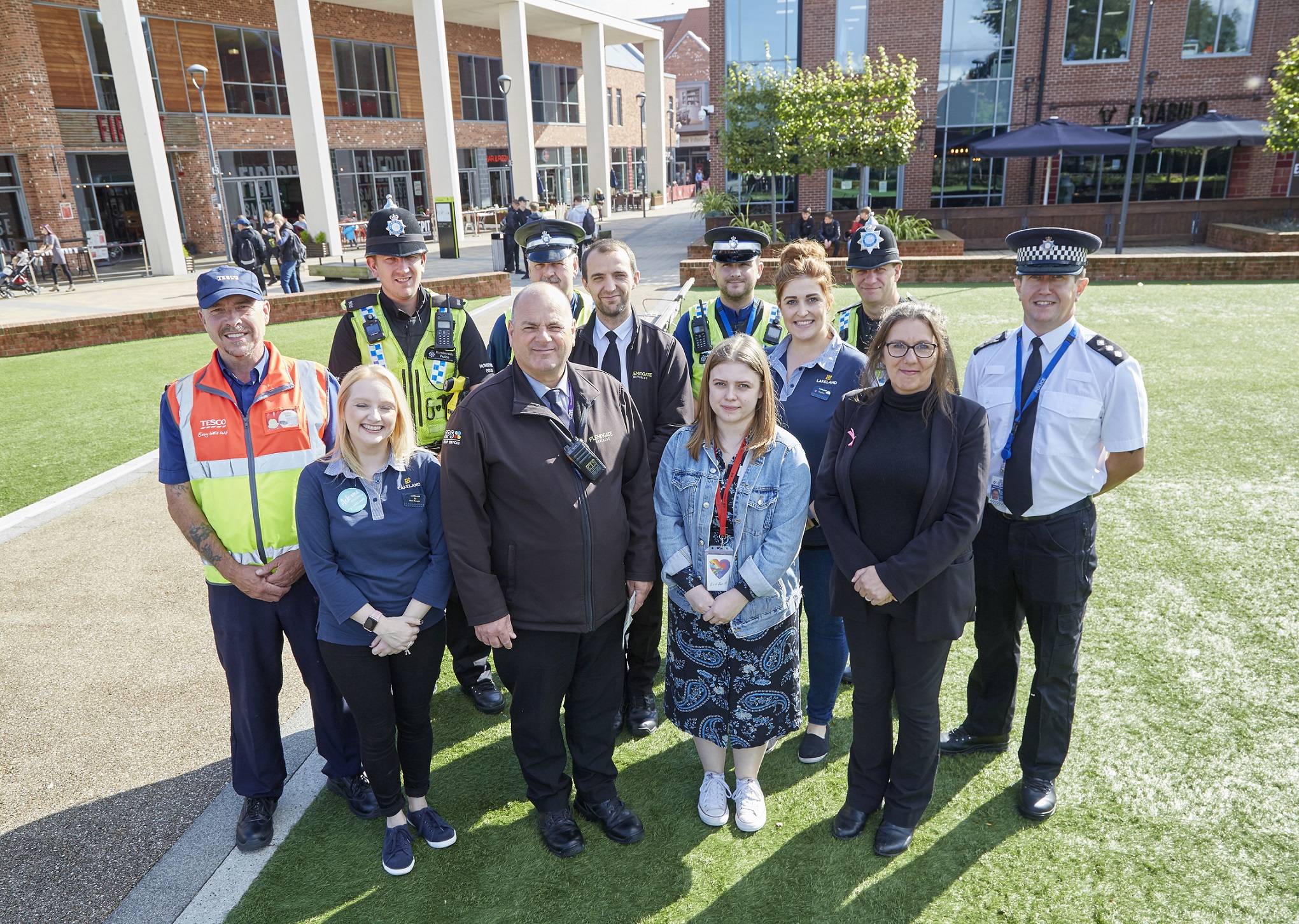 An initiative to tackle shoplifting in Beverley has been hailed a roaring success with almost 100 businesses united to cut retail crime.

Beverley Shopwatch was launched in the East Yorkshire market town 18 months ago as a partnership between retailers and Humberside Police to reduce shop theft.

Shaun Dart, Site Services Manager at Beverley’s Flemingate centre, stepped up to co-ordinate the initiative across the town, drawing on his previous experience working as a security supervisor at a busy Hull shopping centre. 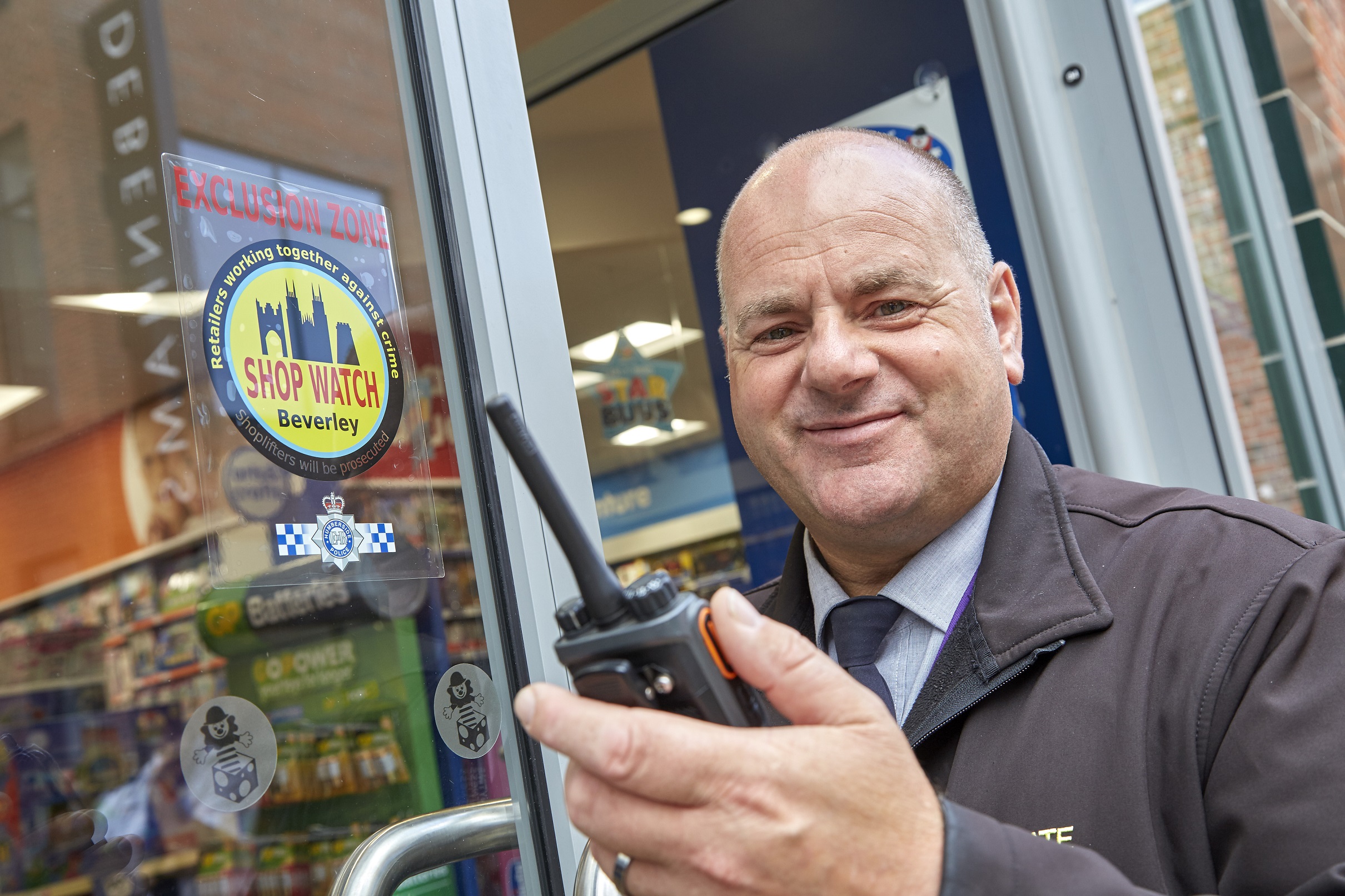 The scheme is now backed by almost 100 Beverley retailers working together to identify and deter shoplifters via walkie talkies and mobile messaging platform WhatsApp.

With a steady decline in the number of shoplifting incidents in Beverley since Shopwatch was launched, Shaun said he was delighted by the success of the scheme.

Shaun, who is employed by SPS Security Group on behalf of Flemingate, said: “Before we started Shopwatch, Beverley was being hit by shoplifters and it was a big problem.

“Now retailers are working together to cut retail crime and the whole town has come together on the issue.

“The police have been a great support, in particular Police Community Support Officers (PCSOs) Mike Fowler, Marc McClarron and Sergeant Andy Beadman. Without their help, the scheme wouldn’t have got off the ground because they think it’s really worthwhile and champion it all the time.

“We want shoppers and visitors to feel safe and secure in Beverley and the same goes for shop staff. We’re tackling this together and the feedback has been so positive.”

Many of the Beverley Shopwatch members have bought walkie talkies which are linked to the police, to enable them to communicate and share information about shoplifters rapidly. 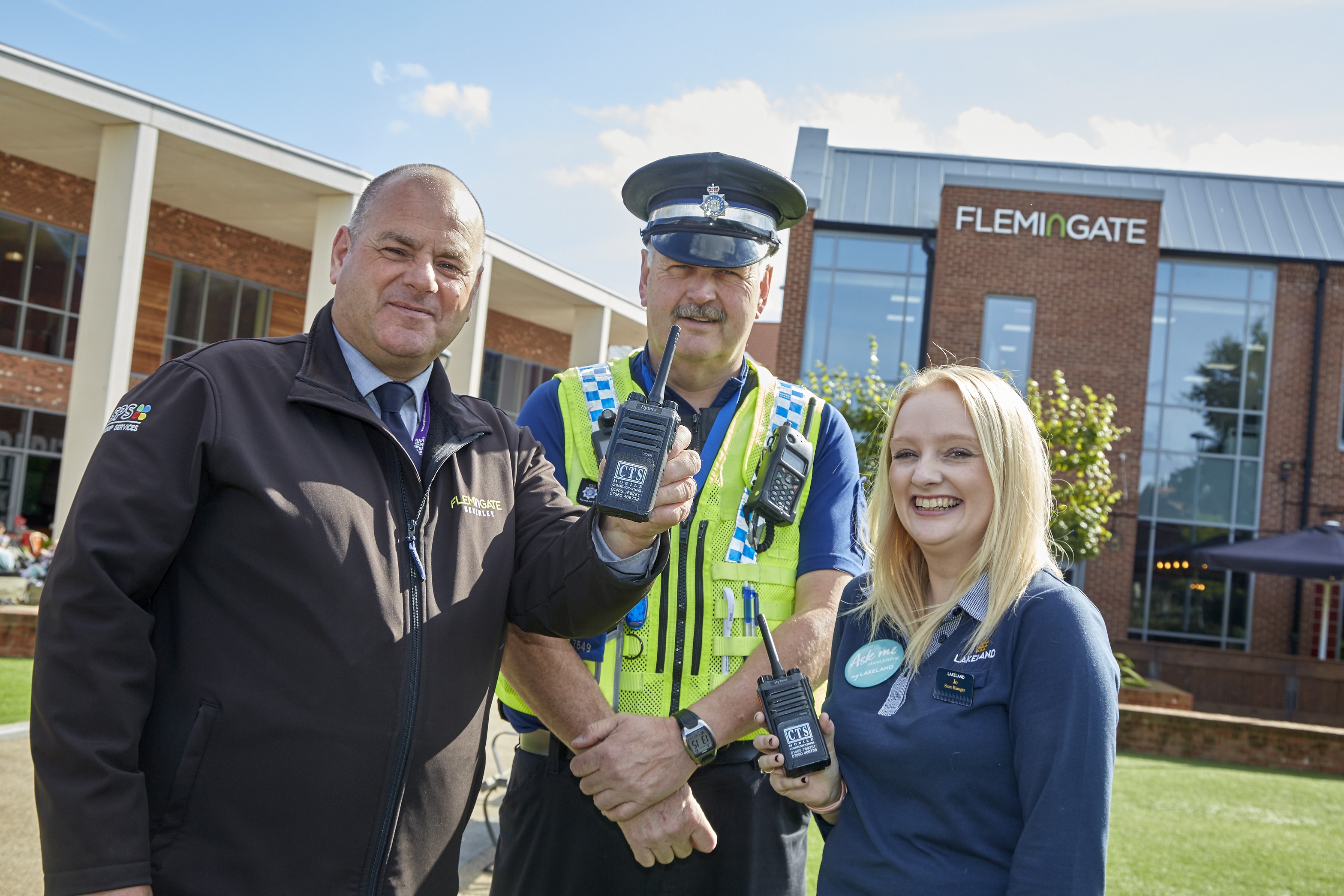 Officers are then able to check the town’s CCTV system and intervene where necessary, with images of known shoplifters also shared with Shopwatch members.

Home shopping retailer Lakeland in Beverley’s Butcher Row was the first to sign up to the initiative and championed it to other shops across the town.

Lakeland Manager Jo Miller said: “Beverley Shopwatch has built a fabulous retail community and we all have the same goal, which we support each other to achieve.

“It has made a massive difference, by creating much more awareness, and shoplifting has noticeably reduced in the past three to four months.

“Knowing who to look out for means we can prevent shoplifting at store level and it makes everyone feel safer. The more businesses that join, the greater the impact.” 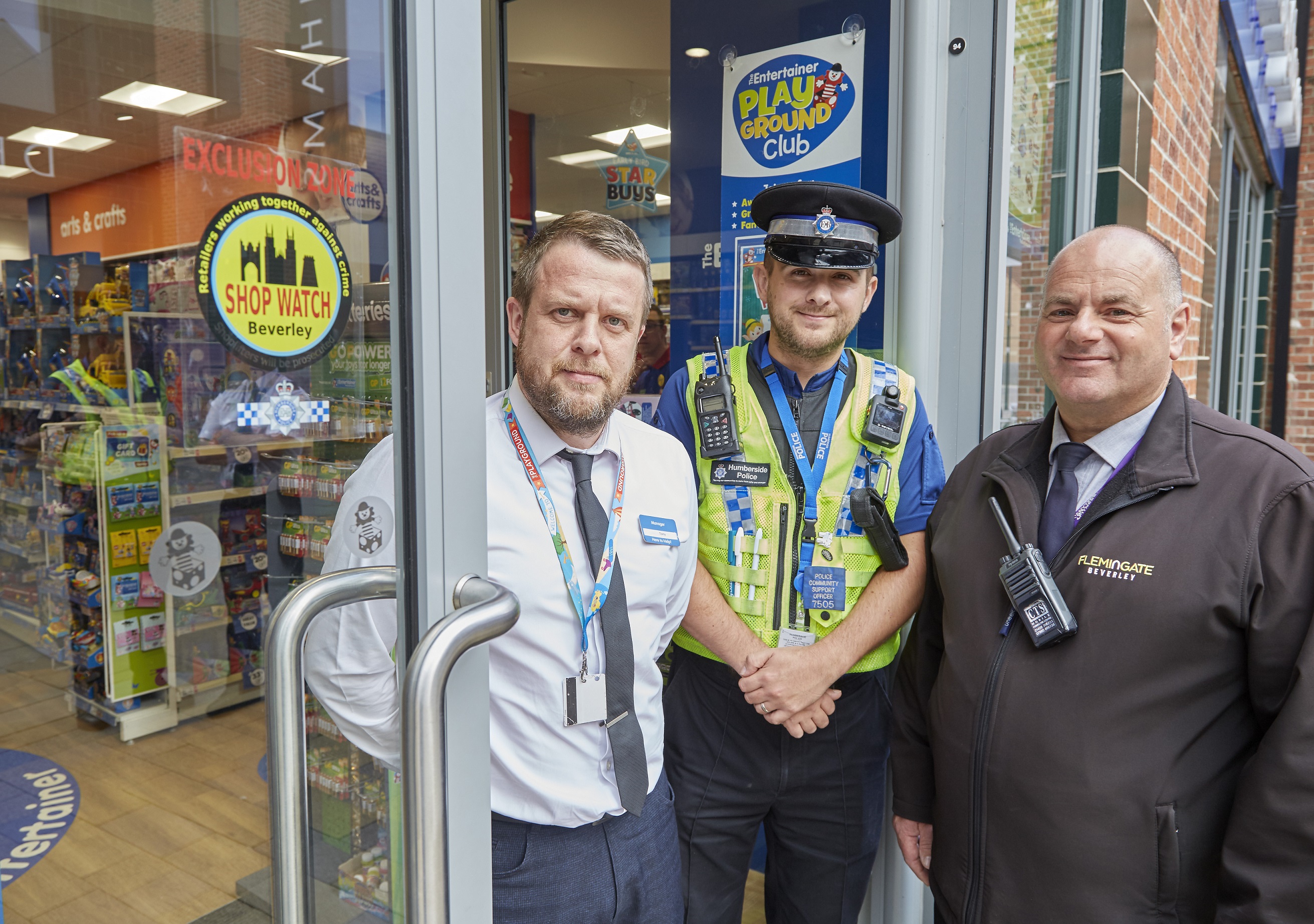 Tony Sharp, Manager of The Entertainer Toy Shop at Flemingate, said shoplifting was much less of a problem in his store since the scheme began.

He said: “Beverley Shopwatch is the best thing to have happened in terms of working together with other retailers and the police and it’s great that it’s Beverley-wide.

“Previously we were being hit by shoplifters a couple of times a week, but we haven’t had any incidents for about two months now, so our losses from theft have reduced dramatically.

“I’m not so naïve as to think we won’t be hit again, but the more information we have, the more chance we have of stopping it.”

Chief Inspector Paul Butler, who is responsible for neighbourhood policing in the East Riding, said working together was the key.

He said: “As Beverley Shopwatch has grown, there has been a steady decrease in the number of retail thefts in Beverley reported to Humberside Police.

“This is a fantastic example of a strong community coming together to take responsibility for their own area and has led directly to increased intelligence and arrests.

“The community should be our eyes and ears, and we should help them to prevent and detect crime. Shopwatch works in both ways.

“There are a small number of prolific shoplifters but, because they are known through Shopwatch, the scheme makes it harder for them to steal from businesses.

“I’m really proud of the team and partners involved. Although we have Shopwatch in other areas, the Beverley scheme is becoming one of the best we have in the Humberside Police force area.”